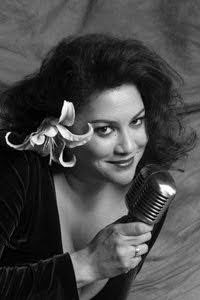 Anna, considered one of the original Desert Divas, was born in Arkansas but grew up in Tucson. Her mom started feeding her love for music very early on via exposure to operas, symphonies, and regular piano playing in the house. Because of her mother’s influence, she started singing her last year of high school. She joined an a cappella group in college.

Chris Davis of The Rowdies was the first person to put Anna on stage in Tucson. This opened the door for an opportunity to sing with Bobby Taylor, which ended up being her first weekly paying gig. It all snowballed from there. She has since played with some of the best musicians in town. Bryan Dean, Tony Uribe, Bad News Blues, Kevin Heiderman, Steve Grams, Danny Krieger, Richard Gomez, Marx B. Loeb, Chip Ritter and Larry Deihl, are just a few of the amazing people she has worked with, and continues to work with.

Lisa Otey, a fellow Desert Diva, helped to launch Anna’s international success. In 2004, Lisa took Anna and other performers to France for a jazz festival. Since then, Anna has traveled to Spain and Mexico. She has toured Holland twice with Mr. Boogie Woogie and also toured with Holland’s Raymond Guitar Ray Nijenhuis. She insists there is more to come, as The Goddess of Love is just getting started!