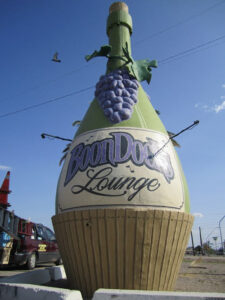 Owners of the Chicago Bar for many years and now the Boondocks, Bill Shew & Cathy Warner have consistently presented Blues and R & B bands for decades. They’ve kept the local Blues scene in Tucson alive during tough times by hosting local bands almost every night of the week, as well being home to national touring groups. They are also very active in the Southern Arizona Blues Heritage Foundation (SABHF) which presents the annual Blues Festival in Tucson every October. The walls of the Boondocks are covered with photos of the many great Blues musicians they have hosted and supported over these past decades.