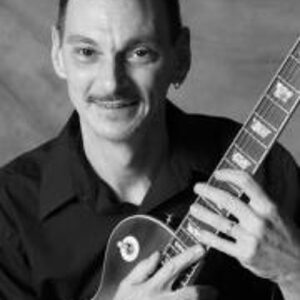 Bryan Dean is the bandleader for the Bryan Dean Trio. The band has been together since 2007 with 3 critically acclaimed releases and soon to be a fourth. The Bryan Dean Trio was semi-finalists at the IBC in Memphis in 2010. The band is high energy blues-based originals and select covers. Bryan’s songwriting is influenced by his life and a wry sense of humor.

Bryan is also a singer, songwriter and guitarist for various musical acts spanning more than 3 decades that includes The Sam Taylor Band, Tony & The Torpedoes, Heather Hardy, Syl Johnson, George Howard, The Amosphere and others. Bryan is one the most highly regarded musicians in Tucson. Bryan is also an inducted member of the Tucson Musicians Museum.