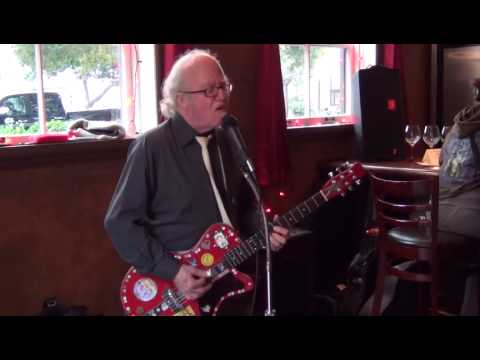 To long time blues fans throughout the Southwest, Buddy Reed remains one of the area’s most fluid and powerful practitioners of the blues guitar, a man in confident possession of the blues “mojo”, fronting a band that keeps the dance floors in a state of manic rhythmic chaos.

Reed is no late comer to the most original of all American music. Growing up in Rialto, CA, he picked up a guitar in the early sixties when the blues revival of that era began. He started his professional career with Bacon Fat, one of the landmark blues bands of the 60’s and 70’s. Featuring harmonica great George Smith and a young Rod Piazza, with Buddy on lead guitar and vocals, the band quickly became one of the hottest blues acts in the Los Angeles area.

Bacon Fat eventually came under the tutelage of producer Mike Vernon, who at the time was making records with Fleetwood Mac, Otis Spann, Johnny Young, and Eddie Boyd. After embarking on a successful tour of England, Vernon and the band entered the studio and cut material for five LP’s on the British labels Blue Horizon and London.

From the seventies onward, Buddy began creating his ideal sound; the singeing hot blues trio. One of the rarest of ensembles, Reed’s trio evokes a solid, guitar based sound that fills the room with a powerful and heartfelt sound. It’s blues the way it’s taught in the old school: straight to the heart, deep into the soul.