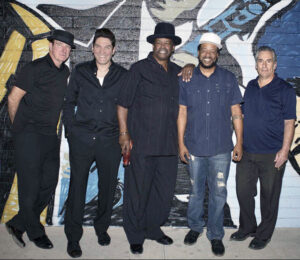 The Dave Riley/Bob Corritore Juke Joint Blues Band formed in 2005, the year that Dave Riley relocated to Phoenix. The band has released three critically acclaimed albums to date and has performed at concert venues and festivals in Europe, Canada and the USA. But their home base is at the Rhythm Room in Phoenix! Their all-star, veteran band lineup includes Dave, Bob, Johnny Rapp, Yahni Riley, and Brian Fahey. Each individual in the band has a long and storied resume and together they are make a spectacular team. They deliver a rowdy down home, Mississippi meets Chicago, traditional Blues sound that is uniquely their own.