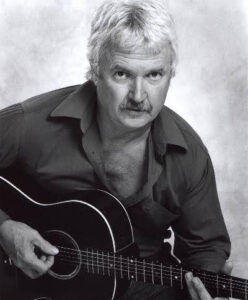 Born Acoustic guitarist/ singer/ songwriter Gerry Glombecki’s forte is rural blues. He is also the inventor of The Original Delta Slider, a bottleneck slide, and the microphone stand accessory, the Mic Caddy, both of which are sold around the world.

Gerry’s experience covers a span of nearly 30 years of contemporary, folk and Delta blues. In addition, he is a teacher and published author and poet. He wrote the music for the annual network presentation of “Family Circus” featuring the voice of Dizzy Gillespie, and the title track Worry for a soon-to-be-released movie about an urban contemporary bluesman. Film credits also include doubling for actor Kris Kristoferson.

He has performed at resorts on the West Coast and around the country at traditional blues and folk music festivals. Gerry is on the Arizona Commission of the Arts Artist Roster and a frequent contributor to Blues in the Schools programs.