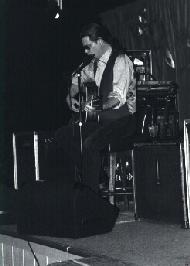 Hans Olson began his musical career in San Bernardino, California in 1967. He moved to Arizona in 1969. His first album was released on a Phoenix record label in 1973. Hans has played with over 100 musicians in his bands over the years but he is best known as a solo act. He plays guitar and harmonica in a neck rack. Hans has performed as an opening act for Muddy Waters, B.B. King, Willie Dixon, John Lee Hooker, Stevie Ray Vaughan and many more. Hans has released 10 albums. He has toured extensively in the United States and Europe.