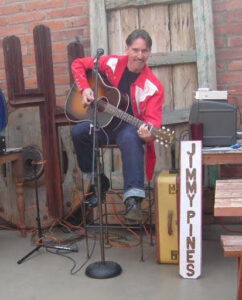 Other side projects include playing with The Rhythm Room All-Stars, Jimmy Pines and Mario Moreno and the Ramblers

Jim is one of Phoenix’s best Blues drummers and a fixture on the Blues scene.