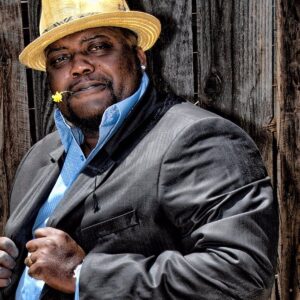 Sugaray has been the lead singer in the Mannish Boys since 2011 and recorded two albums with them – of which one received a Billboard Music Award award for best traditional album.  He also has two celebrated albums out under his own name. Sugaray’s music has been featured in TV commercials (Cadillac, McDonalds, Honda), and he recorded the theme song for the Judge Joe Brown Show.  Sugaray had two songs in two seasons of True Blood, three songs in two seasons of Person of Interest.

He played the lead role in the 4-time Tony nominated play Ain’t Nothin’ But The Blues and also appeared in the play Lowdown Dirty Blues.  He has toured across the globe and performs regularly in excess of 200 dates per year.